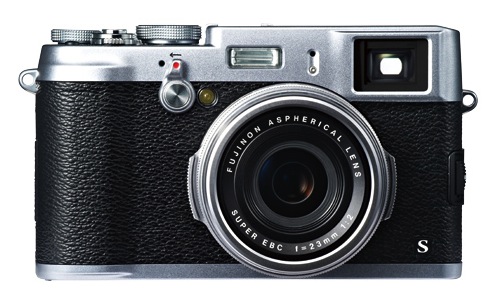 Fuji’s X100S is, so far, the hottest new camera of 2013, and Frederick Van Johnson and I reviewed it for episode #3 of All About the Gear. There’s a lot to like about this camera, but I believe the primary reason it’s so good is that Fuji listened to the users of the original X100. Because the company incorporated and exceeded many of the suggested improvements, they’ve released an updated version that is nearly flawless for the mission for which it’s intended.


My friend and occasional TWiP co-host Valérei Jardin has been leaving her big DSLRs at home and traveling with nothing but this camera. I suggest you read what she’s written about her experience.

The original X100 was a quirky camera and I never could get used to it. Virtually all of that quirkiness is gone in the new S version. The controls are great — almost perfect, in fact. The aperture control is a faux aperture ring on the lens. That is, it doesn’t directly set the aperture but instead sends a signal to the processor, which actually controls the aperture. There’s a “A” position that’s used for shutter-priority, program or full-automatic modes. The shutter speed has a dedicated dial on top of the body, and again there’s an “A” position for when you want the camera to select the shutter speed. A dedicated exposure-compensation knob, also atop the body, tells you this is a camera for people who know how such things work. A function button on top is typically programmed to allow a quick change of ISO settings. What’s missing is a dedicated shooting-mode P/A/S/M dial, but there’s a dedicated button on the back of the camera that provides quick access to this function.

The rear of the camera has a familiar arrangement of buttons that’s well thought out. Fuji is one of the manufacturers who now feature a “Quick Menu” button to bring up a screen of most-frequently changed options, thereby making it unnecessary to dive deep into the menus very often.

I did encounter one flaw I consider major. I set the bracketing to take three exposures. They were fired off in rapid succession as I expected. But then the camera pretty much locked up for nine seconds while it wrote the three images to the SD card. I asked a friend to test this on his X100s, and he saw the camera pause for 4-5 seconds. I don’t know why that happens (why the SD-card writes aren’t buffered) or how one can get around it, but it sure seems to be a problem.

One thing that surprised and even worried me at first was that the granularity of the aperture and shutter speeds appeared to be only +/-1EV. You can set the lens for f/8 or f/11, but nothing in between. Same for the shutter speeds: 1/500 or 1/1000, but no intermediate settings. I was even more surprised when I set the lens to f/5.6, but the display said I’d set it for f/7. As it turns out, there’s a fairly simple (but non-obvious) control for making 1/3-EV adjustments to both shutter speed and aperture. It makes sense, but it did confuse me at first.

The lens is an excellent non-removable 23mm f/2. On a full-frame camera, the field-of-view equivalent would be 35mm, which makes it just about perfect for street photography and general-purpose use. It’s very sharp, even wide open at f/2, so you shouldn’t hesitate to use it that way if you want to shoot in relatively low light or blur your foregrounds or backgrounds.

The lens includes a leaf shutter, which supports shooting at up to 6fps. But it has one classic drawback of leaf shutters. At f/2 the fastest shutter speed you can use is 1/1000 second. At f/4 or f/5.6 you’re limited to 1/2000 second or faster. At f/8 or above, you can use the fastest 1/4000 second speed. This most notably means it’s hard to get wide-open exposures in bright light. Fujifilm has brilliantly solved this by including a switchable built-in three-stop neutral-density filter. I love this feature and I hope other manufacturers will implement it as well. The only drawback is that control of the ND filter is buried a bit deep in the menu, but you can solve that by assigning it to the Fn button on the top if you don’t need it for something else.

If you want to shoot wider than a 35mm full-frame equivalent, you can get the WCL-X100 wide-angle adaptor for about US$320. That shortens the focal length from 23mm to 19mm, giving you an equivalency of 28mm on a full-frame body. I didn’t test it, however.

My only complaint about the lens is a really picky one. I wish it had an integrated lens cap. Because you can’t change lenses (or anything else), the camera is liberating to use. You just pick it up and go. The only loose item is the lens cap, and although I don’t usually like them on “serious” cameras, I actually missed it on this one. 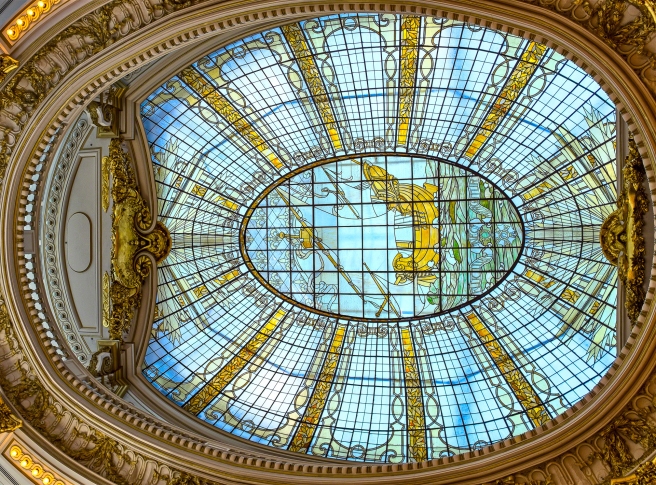 The X100s’ sensor is 16MP using Fuji’s X-Trans sensor design, which is quite different from the Bayer-pattern sensors used on virtually every other manufacturers’ digital cameras. I can’t tell you for sure that’s what makes the difference and you’ll have to look to the “labs” sites for detailed analysis of the sensor. All I can say is that the X100s’ images look great.  Excellent color, contrast and saturation. And for my kind of shooting, 16MP is just about right. I own cameras that have up to 36MP, which for me is overkill and just wasted storage.

I was also happy with images shot at reasonably high ISOs (up to ISO 3200), and when you combine that with a lens that’s fast (f/2) and sharp when used wide-open, I’d say this is a decent low-light camera.

One thing to watch out for is the size of the RAW files: They’re huge. When I first imported them into Lightroom and converted them to DNG format, I found they became even larger. Finally (after recording the AAtG video review) someone pointed out that I needed to go into Lightroom’s Preferences -> File Handling -> Import DNG Creation -> Compatibility and set it to Camera Raw 7.1 and later.  That caused the imported/converted DNG files to shrink to a reasonable size. My guess is that one feature of the more recent Camera Raw format is better handling of X-Trans files.

You have the option of switching the camera to Silent Mode, but watch out: It’s so quiet you don’t even know you’re taking pictures. It also disables anything that’s visual, so in Silent Mode the flash and autofocus-assist light won’t work. In Silent Mode the mechanical shutter is disabled. The remaining electronic-only shutter can, in some cases, cause horizontal stripes when shooting with flickering lights such as fluorescents.

The viewfinder is terrific. It’s got both a rangefinder and an electronic viewfinder (EVF). You switch between them by toggling the retro-looking lever on the front of the body. The placement of the lever is just right. You don’t have to take the camera away from your eye to find it and switch modes.

The rangefinder shows superimposed parallax correction when you press the shutter release half way. For fine-tuning focus, it switches to the zoomed-in EVF if you move the lens’ focus ring. The data display is also superimposed over the rangefinder and includes an artificial horizon, histogram, exposure meter, etc. The advantages of this mode are (a) there’s no EVF lag, (b) it’s always in focus, and (c) you get a nice peripheral view to help anticipate action and see what’s just outside the frame.

Unfortunately the histogram is just plain wrong at times. At least when using manual exposure, it’s useless. This is a particularly surprising bug given that (a) the exposure meter displayed alongside the histogram is correct, and (b) the original X100 had the same problem.

The EVF is the best I’ve tested so far. Its 2,360k dots are bright and easy to see, even while wearing glasses. The focus peaking is awesome, and as described below it’s terrific for manual focusing. One of the best features is that the lens in this camera actually stops down while you’re setting up your shot. That means you can judge your resulting depth-of-field in the EVF with the help of focus peaking. Many other cameras keep the lens wide open until you take the shot, which means you have more light for the EVF and for focusing, but you’re not getting a DoF preview.

The rear LCD isn’t exciting, but it works. It’s not a touch screen, but the controls make it fairly easy to navigate. I’m pretty sure that what you see on the rear LCD and through the EVF are nearly identical but the LCD has only 20% of the resolution of the EVF. Unfortunately, it does not articulate.

But I particularly enjoyed shooting in manual focus with this camera. Like some other cameras, you can set it to manual mode, press the rear AEL/AFL button to autofocus quickly, then fine-tune it manually. With a good right viewfinder and focus peaking like in the X100s, it’s a great way to shoot. Here’s how I set it on this camera: 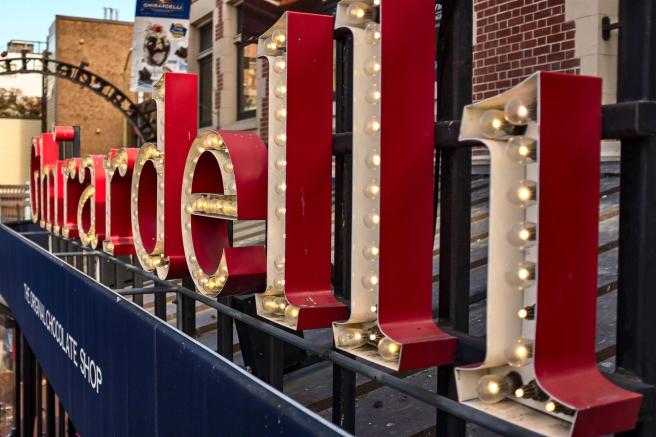 The exposure metering in the X100s works very well, but I think we’ve all come to expect this from cameras in the past few years. Rarely do I encounter a camera that can’t make a good exposure decision in most situations. That said, I often use exposure compensation or manual exposure to get things just the way I want them, and that’s easy to do with this camera except for the problem I’ve mentioned with the histogram.

My one complaint is that it appears you can’t move the metering point in spot-metering mode. It only works at the center of the image, which means you’re relegated to the set-and-recompose or read-and-set-manually techniques if you’re using spot metering. Some cameras allow the metering spot to move along with the focusing point.

One joy of using the X100s is to throw it into full-auto mode and just shoot away. Autofocus, auto-exposure, auto-ISO and while you’re at it, how about shooting JPEGs instead of (or in addition to) RAW? Seriously, one of the best ways to use this camera is to use auto-everything mode and just take pictures. The Fujifilm emulations and modes such as Velvia, sepia and a variety of monochrome options are a lot of fun and yield some impressive results. If you shoot RAW+JPEG, you’ve got nothing to lose. There’s even an option to shoot Film Simulation Bracketing to have options to choose from later.

I’ve already mentioned some of these, most of which are relatively minor gripes.

Here are some of the competitors out there:

If you want a great all-around camera with an excellent non-removable prime lens at a reasonable price, the X100s is currently the one to get. If you want somewhat higher quality (and at 3x the cost), go for the Sony RX1R or whatever they’re about to replace it with.

One thought on “Fujifilm X100S”