The Republicans repeatedly claim “The US has the best healthcare system in the world.” Really? Then how do they explain the graphic below, which is from National Geographic. Just as important: Why are the Democrats afraid to take exception to the Republicans’ claims? (In the middle of typing this, Republican John Boehner just said it again and Democrat Dick Durbin agreed with him!) Until the Dems are willing to explain the problem to the American public rather than using competing healthcare-disaster anecdotes, they’ll never get the needed support for real healthcare reform.

And why aren’t the Democrats willing to say we need healthcare for everyone instead of health insurance for everyone? Get rid of the insurance industry — yes, just nationalize it — and we can provide healthcare to all including the 50 million who don’t have it for less than the total cost of the system today. 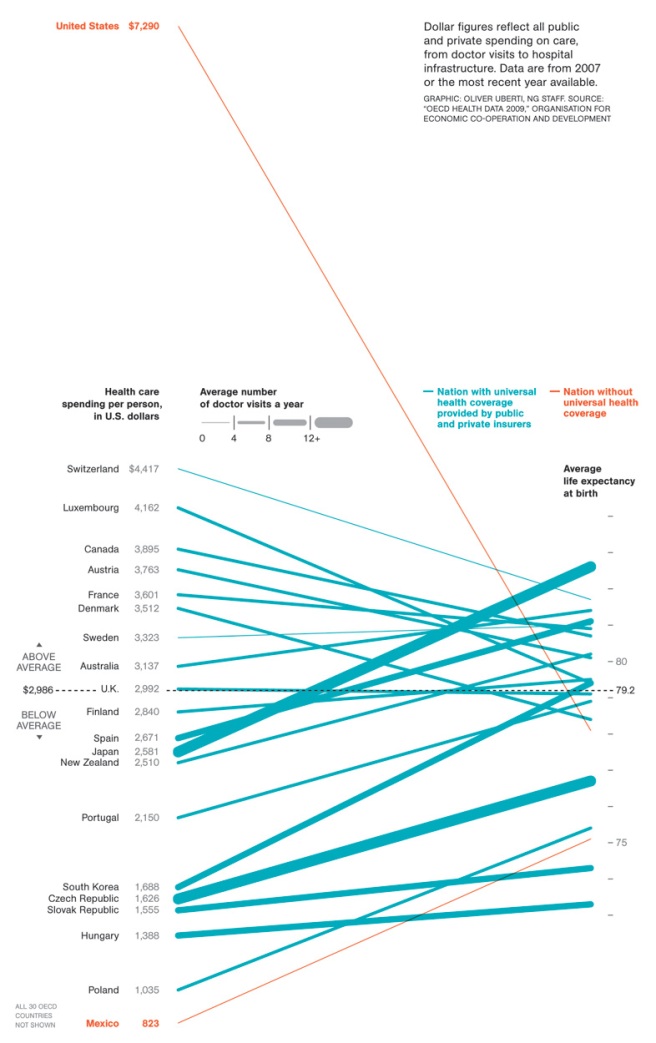